Get fresh music recommendations delivered to your inbox every Friday.

by Those Pretty Wrongs 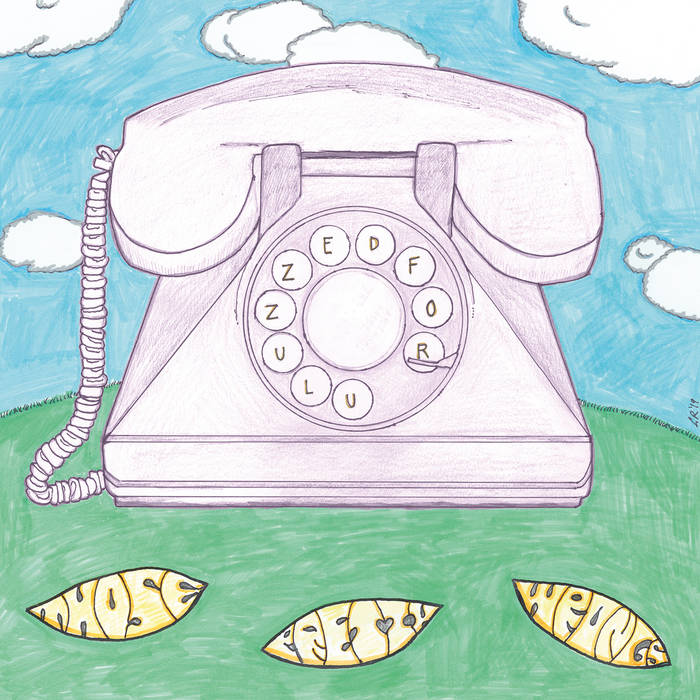 Richard RR The find of the day! Luther Russell and Jody Stephens (the drummer for Big Star) come together across a continent to release a healing, hopeful LP. They even used some of the gear from the epochal Big Star #1 LP! Every track is a blessing. Favorite track: Ain't Nobody But Me.

Those Pretty Wrongs are Jody Stephens and Luther Russell. It’s a musical partnership borne of a deep and lasting friendship, the roots of which stretch back to the early ’90s, when the two were introduced. As the story goes, nary a note of music was made between them until about five years ago, when they were united in the cause of a documentary about Jody’s alma mater, the legendary Memphis group Big Star. After releasing their self-titled debut on Ardent/Burger in 2016 to a healthy dose of acclaim, they went out on the road, playing for audiences across North America, Australia, Europe and the U.K.

During the course of these runs, they began to forge the sound for their second offering, Zed for Zulu, due out September 6, 2019 on Burger Records, a meditation on communication or lack thereof, the ever-present past or the question of the future, inevitable death or imminent re-birth. The music is colorful but muted, something complex woven in a simple way. It’s a symphony of chords and melodies, yet played in an understated fashion, without too much fuss. Those Pretty Wrongs don’t have time to fuss, as Luther dwells in Los Angeles and Jody resides in Memphis. And they like it that way.

“The first record was sort of a little miracle that could, and I truly never expected to make a second. But here we are and it’s done,” says Luther with more than a few notes of wonder. Indeed, when the cycle of touring for the first record ended, each Pretty Wrong had plenty to do. Jody helps run the legendary Ardent Studios in Memphis and Luther maintains career as a solo artist, producer and songwriter. While Luther co-wrote with Weezer on their Grammy-nominated self-titled White Album, worked with Robyn Hitchcock, saw a two-disc anthology of his music released, and readied his latest rocker Medium Cool, Jody began to piece together thoughts, words and melodies for the new material. Soon they were writing the music, and as with the last record, at a certain point it seemed obvious it was time to record.

Jody and Luther first cut the two tracks that made up their recent seven-inch on Burger, “Time to Fly” b/w “A Day in the Park.” This was a signpost for the new album, but definitely does not tell the whole musical story, as Zed For Zulu is chockfull of the kind of varied shades and styles emblematic of both their careers. Opening the record is the lush and emotional “Tonight, Tonight, Tonight,” featuring positively spine-tingling string arrangements by Chris Stamey, whose musical connection to Jody stretches back to the first decade of Big Star, when he released Chris Bell’s solo single, the mythical “I Am the Cosmos,” then went on to work with Alex Chilton in his edgy late-’70s New York phase. But the genesis for the sound of “Tonight…” has to be the many all-star “Big Star’s Third Live” nights, which Stamey helms and Those Pretty Wrongs have been a part of many times. States Jody, “I knew Chris would put his heart into the arrangements.”

“Ain’t Nobody But Me” is a song that came almost fully formed to Jody as a tribute to a close friend. Jody explains, “My wife Diana and I have a good friend whose voicemails frequently start with ‘ain’t nobody but me.’ It always breaks my heart a little bit.” The song “The Carousel” was born in Bristol, England when Luther came up with the chords and showed Jody, hoping it could become something. Jody dutifully came back a few months later with a lyric about moving forward against the odds. Similarly, “Hurricane of Love” emerged from a chord sequence that woke Luther up one morning out of the blue. “I’m still spooked out by that,” he recalls. “These changes were quasi-classical … never had something so complex come to me that fast. I immediately sent them to Jody, who then dreamt up a positively profound and romantic lyric. It’s a personal favorite.” Featuring a pensive Yiddish-like clarinet solo by the great Memphis musician Jim Spake, “Hurricane…” ends side one of the album with more questions than answers.

Side two opens with the power-pop crunch of “You and Me,” Luther’s arpeggiations of acoustic guitar buoyed by molten chords from Chris Bell’s original ES-330 and Hi-Watt amp, which were used on Big Star’s #1 Record and the aforementioned “I Am the Cosmos.” “We all lit up when we heard the first chords through Chris’ guitar,” enthuses Jody. “I think Luther said ‘it plays itself.’ It was inspiring!” This and the next tune, “Life Below Zero,” were part of a session in Memphis attended by Luther’s father Jefferey in the wake of the sudden death of Luther’s mother Simohn. “You’re wondering how to cope. And Jody had just been through the loss of his younger brother. And the excuse of coming together for the final recordings of this album seemed like a good time to take our minds out of the dark cloud. We really had a great time, the three of us, and just being creative together seemed to help us all start to pick to the pieces.” “Life Below Zero,” a stark, monochrome tune with a solo vocal from Jody, contains echoes of music once made at Ardent by a fracturing Big Star, whereas the penultimate tune on Zed for Zulu, “Undertow,” is much more Technicolor and driven by Luther’s ragtime piano chords and Jody’s ebullient vocals. It circles back to the themes explored in “Hurricane…” but this time with a more “screw it” attitude, since we’re all trying to avoid getting pulled under the tide of life and love.

Speaking of “life and love,” the final tune on the record, “It’s About Love,” is one that is close to Jody’s heart and soul and sums up his philosophy on life — not to mention being, in his own words, “a rebuttal to a graceless leader and those that are quick to divide through the use of hate and fear.” Luther adds: “Caring and sharing, yeah, an old cliché to be sure, but we’re not living in a time for beating around the bush about getting it right with our fellow man. The sentiment in this song is one of Jody’s finest statements and I’m proud to stand alongside him while he’s speaking his truth.” Another fine statement by Jody on Zed for Zulu is his impeccable drumming throughout the record. Like his greatest work in the past, it’s thoughtful and carefully placed where it needs to be, yet incredibly raw and hard-hitting when the music demands. “Jody is clearly at the top of his game,” asserts Luther.

And what of the esoteric album title? Luther explains: “Jody and I were in Nottingham, England trying to get ourselves arranged to get back to London at the end of the tour. He was having trouble getting through to Diana. And in the course of one of those interminable attempts to make a long-distance call, the operator read us the British terms for his password. ‘U for Umbrella’ and so on. When she said ‘Zed for Zulu,’ it just struck me as a good title. I brought it up at the last session, and both Jody and my dad agreed immediately. It just seemed right.”

And so the working approach to the way Jody and Luther make music together is aptly summed up: Those Pretty Wrongs have it when it “seems right.” With artwork once again from Luther’s pens and pencils, and inner-sleeve photography by his father Jefferey, Zed for Zulu is a very personal statement from a duo that doesn’t know how to do it any other way. It’s not a commercial enterprise so much as a way to make sense of living and turning life’s anxieties into something beautiful. Its September 6 release by longtime supporters Burger Records will be on every format and Those Pretty Wrongs will hit the road to bring this new music to everyone they can. “Coming out on the other side of making a record and feeling good about it is the grand reward,” contemplates Jody. “It’s a shared experience of those that help along the way.”

Those Pretty Wrongs are Jody Stephens and Luther Russell, two old friends and veterans of the music scene in different ways. Jody was the drummer for the legendary band Big Star and now helps run equally legendary Ardent Studios in Memphis. Luther Russell was the leader of seminal roots-rock band The Freewheelers and is now an acclaimed solo artist and producer. ... more

Bandcamp Daily  your guide to the world of Bandcamp